Campers long to cross the river every summer they spend at Skyline.

Campers and parents wait in anticipation on Opening Day to see if this is finally the year they get to be one of the Oldest Campers at camp who live across the river in Summerplace and Riverside.

Campers who cross the river for the first time live in Summerplace, which holds 6 girls to a room and a total of around 35 campers. Special perks and privileges come with residence in Summerplace including staying up later and sharing a campfire with the girls in Riverside.

The Riverside Hotel was originally built in 1905 for people vacationing in Mentone, Alabama. Since becoming part of Camp Skyline, the hotel has been restored and maintained in all of its pristine, turn-of-the-century splendor — right down to the original front desk and entrance!

Riverside is the last cabin in a camper’s progression. There are 4 to 6 girls per room. Each room has its own bathroom. In addition to the later hours and the aforementioned private campfire, Riverside has many privileges of its own. Riverside campers have pajama breakfast every morning in their own dining hall as well as their own morning watch. 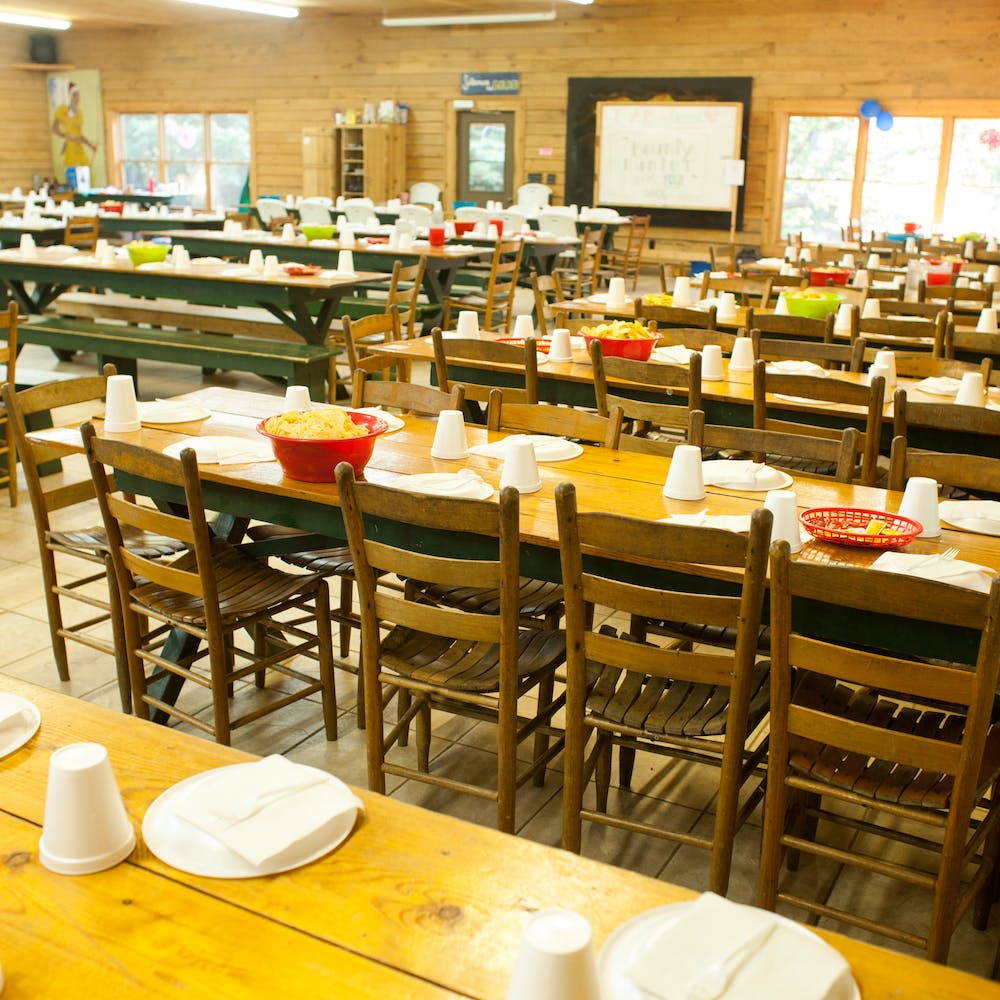