Posted by Laci Lanier on March 02

It’s Super Trooper Thursday! Today we are celebrating the Troopers! The Troopers were not among the original two clubs started by Eloise in 1947, but were later introduced in 1964 & took green as their color. Now girls young & old, dress head to toe in their Trooper green & take much pride in cheering for their club. It’s your day Troopers, let’s see that green! 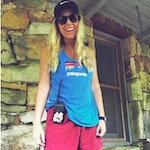