Posted by Larry Johnson on June 13 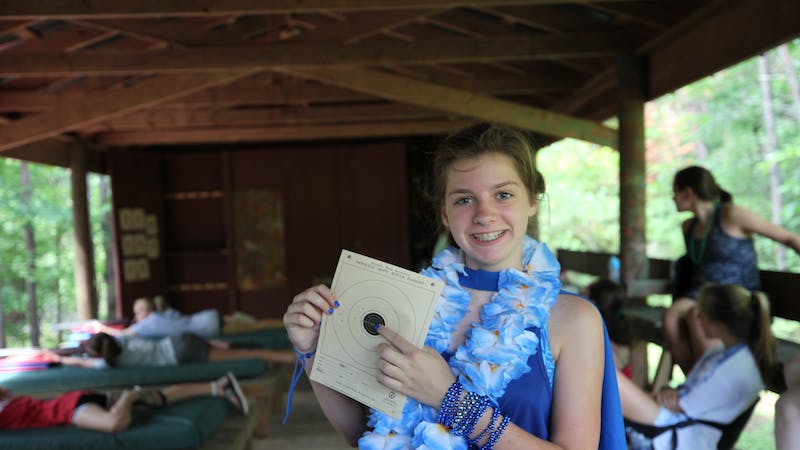 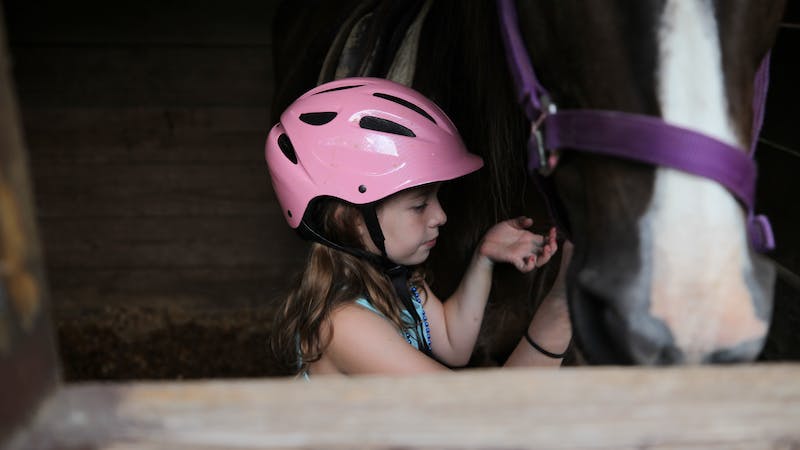 Howdy Parents (thats mountain talk for “hello” to all you city folks!). Man oh man, what a busy day we had up here on the mountain. It was a perfect day to get into the swing of all the classes as all the campers were off and running from activity to activity. I got to play some tennis games with some of the mini campers today and that was a fun time! Those little guys are pretty good at “jail break” (the game we played) and I almost made it to the finals till they got me out!! I think its a new personal best for me!!

There were campers doing all sorts of activities today from Horseback, ropes, circus, archery and many more, I can’t get around to all of ‘em but it was a good start of the week to visit as many as I did today. One thing that was pretty funny was watching the campers go down the water slide. Even though it was a little warm up here and after the campers came to fun swim from another class where they might have been a little warmer, every one of them let out a yell when they went down the slide and landed in the river. Apparently the river is still a little cold? It seemed to bring ‘em back to life as they splashed into the water and came up with wide eyes and grinning from ear to ear. Same was true on the blob when they were blobbed high into the air and then splashed down in the water. Thats one way to get your legs back under ya when you hit that cold water. I think it was a perfect way to end the day and bring a little life back to ya when you are tired. (notice I said “I think”, for those of y’all reading between the lines, you are correct, I did NOT get in the river yet….theres a big advantage to being older and wiser!!) I’ll hit it later this session and let ya know how it goes! I’m just not as brave as our campers yet!!

Tonight we had our annual “Talent Show” here at camp and what great night to have it, I know I, um… I mean the campers really enjoyed having a night where we, I mean… THEY can take an easy nigh and rest a little bit. Not only did we have 29 acts, but we had 29 great acts that everyone enjoyed and gave several standing O’s to. We had everything from dancing, gymnastics, piano and guitar playing, and even several magic acts that we are still trying too figure out how they did that. Forget that TV show about America having talent, SKYLINE CAMPERS have talent and they showed it tonight!! Yea, Simon sure missed out if he was at the taping of one if his shows cause he sure should’ve been here if he wanted to see some talent! After all the acts were finished, the final winners were……… (Can you hear that drum roll in your head??) Groups 1-4: 3rd. Marry Tanner 2nd Anne Reynolds 1st Daisey Whittington

Way to go girls, you all were great and really put on a show!!

Now tomorrow will be another full day of activities and all the campers will be right back in the swing of things and running from activity to activity (I wish I had that kind of energy! Maybe I DO need to hit the river??) Its supposed to be another beautiful day up here so there should be plenty of fun N sun to go around for everyone. We’ll be out there getting all the action for ya and sending it to ya just as fast as we can.

Tomorrow night will be a camper favorite, “Get Skyline Back”! This is where our counselors dress up like those smelly ol’ boys from Camp Laney and will come to dinner dressed like that. Then all of a sudden they’ll steal each of the clubs flags and club leaders! they’ll then head out to camp and hide the flags and leaders from your campers. Don’t you worry though, your campers wont stand for something like that to happen without putting up a fight! They’ll head out and try to get their club leaders back from the counselors by getting 4 campers around the legs of each of the counselors without being hit by a stuffed sock that the counselors have to defend them selves with. As soon as they get 4 campers around the legs of all the counselors, they get their flag back and then come back to the home base to get their next clue that will lead them to the next set of counselors. Its a fun night to watch the older campers stepping up to organize the rescue efforts with each of their clubs and to take back whats theirs!! If you feel a little confused about my description of the activity, just wait till you see all the pics and videos…then you’ll be REALLY confused, but the campers love it and its all sorts of crazy fun!

Whew, my little fingers are going like crazy and my eyes can’t keep up with ‘em, I’m gonna have to call it a night and get some shut eye myself. You guys have a good night and don’t stay up too late looking through all the pics. We still have a long way to go and you guys will be more tired than you can imagine.

Don’t forget you can send your campers an email and they are downloaded and printed out at 9 AM CENTRAL time (thats 10 for all you folks in the eastern time zone!) each day.

Have a great night and we’ll see ya back here tomorrow, (hopefully earlier than tonight!!)

Go on and get some rest, you guys are starting to look a little tired your selves!!