Posted by Larry Johnson on July 31 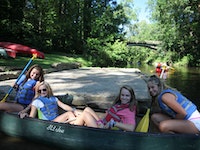 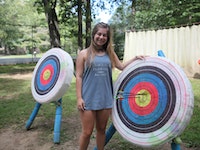 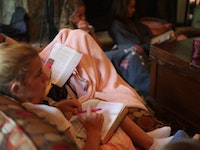 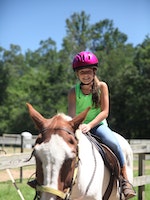 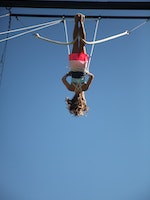 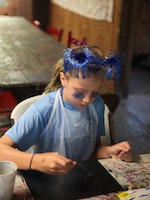 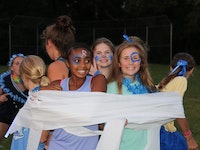 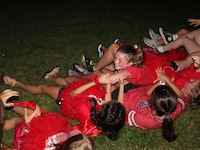 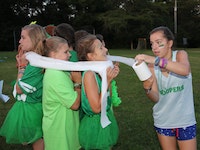 Happy Monday to ya parents!!! If you guys playing along at home are having half as much fun as we are up here this week, well, that means were enjoying the week twice as much as you!! We sure have enjoyed the cooler temps this weekend and they continued through today. Talk about putting a little extra spring in everyones step, the cool breeze sure does it and you can tell all the campers are glad to have some cooler weather throughout the day. Not to mention everyone getting a little better sleep with the cool nights. (by the way, those cooler temps and sleeping good work at rest hour too!!- I’ve talked to several campers this afternoon that were saying how much they liked rest hour and were actually looking forward to and taking full advantage of getting a nap during the day!)

Today was full of cheers and campers decked out in their club colors as we had “Spirit day” and every camp was trying to earn a few extra points for their club as they showed everyone their club had the most spirit by what they wore and how many times they cheered. Needless to say, there was lots of red, blue and green running around all day. You guys that are new to this camp stuff will learn that the campers take full advantage of every holiday during the year to find and store club gear for the summer. The Mounties always find bargains during Valentines day, the Troopers during St Patricks day, and I guess the Rangers during 4th of July? Not quite sure when they have specials on blue clothes and decorations.(is there a day they sell extra “Smurf” clothing??)

All of our campers that ventured out on the Ocoee River today have returned safe and sound and they had a blast playing on the cold water and rapids. I have some pics from the trip and will get them up on the site tomorrow for you to see. Theres bound to be some great facial expressions as they ride the rafts through the rapids.

I can promise ya by now all the campers are fast asleep again (rememeber the cooler weather?) but its not just the cooler weather thats causing it. Tonight they competed all night long and when they weren’t in the races, they were jumping up and down and cheering on their fellow club members to try and help them with the different relays for each club. I’m tired just from watching and taking pictures tonight. I spent the whole night running from club to club as they ran into the center of the circle and grabbed a marble out of an ice bucket…..using only their foot, wrapped their entire same aged club members in toilet paper, piggy back races, covering a club member with shaving cream, camper surfing (yea… you gotta see those pics!!), nose jousting with cotton balls and vasoline, hula- hoop races, wrapping a while roll of streamer paper around your arms relay and more. And that was the race for each age group so yes, we did 10 relays that formed 1 giant relay race for each age group and theres 5 groups…..do the math, Thats 50 races back to back to back……Heck, I’m tired again and this time its just from trying to explain it. Just imagine how your campers feel (you know…probably a LOT like me right now…..know what I’m saying?). At the end of the night and after all the races were finished, the shouting was over and the sun had set, the final results were………………..(you hear that drum roll in your head again?)……….Troopers 3rd, Rangers 2nd, and the Mighty Mounties were 1st!!!!!

During the first week, all the campers and counselors have been working on their VMA’s (Video Music Awards) and now its time for them to all come together (I’m not sure how they found time to work on them to tell ya the truth). Tomorrow night we’ll have our formal dinner and then get to walk up the red carpet as we find out which cabin and video won the awards. It will also be the first time all the campers will get to seee their finished project so everyone is really looking forward to the awards and getting too dress up in some of their favorite characters costumes. You’ll want to check out all the pics and see for yourself “who” shows up to attend the awards presentations!

Well, the cooler night is calling my name so I’m gonna head that way. You guys enjoy the pics but be sure to go to bed a little earlier than yo have been. You’re starting to look really tired, yea, I’m talking to you. Just push your chair away from the computer and go on to bed.