Posted by Larry Johnson on July 02 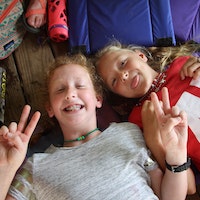 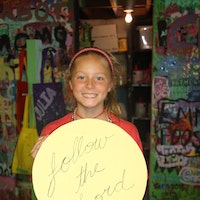 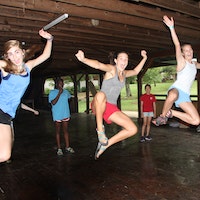 Wellllllllll Howdy parents!! Welcome back to the camp news. I hope you guys have had as much fun today as we have but I seriously doubt it. The weather has been sunny to partly overcast all day and we had about 30 seconds of rain before tonights activity of Sock Wars, but that was just enough to cool things off a little and make it the perfect temp to chunk some socks around the camp (ok…hundreds of socks, but it was fun!) We’ll get more into the meat and potatoes about Sock wars in a little bit.

Before we get into today, heres a little PSA to everyone out there to hopefully make it a little easier on ya. If you want to receive the blog in your email first thing in the AM instead of waiting up for it all you have to do it subscribe to the blog on the first page of The Roost. Now I know some of y’all just thrive on waiting up as late as it takes me to get it finished and thats ok too. I just wanted to throw that out there to anyone that might be interested. Second point of interest is the emails you send in to your campers are printed out each day around 9:15 CENTRAL TIME each morning and then handed to the campers with the regular mail each day around lunch time. As long as your email is in before 9:15 AM they will get it that afternoon. Help yourself out buy typing any small emails on a word doc or pages doc and then copying them all to one email at the end of the day. It will save you some $ and they all will still arrive to your camper at the same time anyway.

Now that my friendly community service post are out of the way, lets get down to some fun with everything your campers did today. READY???……………

Everyone was excited to get into their classes and start all the fun too the ropes course, circus, horseback riding, archery, swim test and picking out they projects for arts and crafts. Did I mention that mountain biking was rolling through camp and around the mountain roads, canoeing was busy, sports class, painting, rifelry, Bible study, LT class and more!! See these girls have been busy.

I was able to get out and watch some of the circus class and ropes course class this morning and the campers there were jumping right up on the elements like they were mid session form. You never would have known it was their first time up in a year (and for some of them it was their first time ever!). Be sure to check out the videos to see some close ups of how well they did today.

This afternoon I made men way past the horse barn and watched the campers working on their post and controlling their horses as they were trotting around the ring. It may only be day 1, but they were already much better than I will ever be and thats the truth!

After all the activities were finished, it was time for flag lowering and dinner and you wouldn’t believe how colorful the dining hall was with every camper in there fully decked out in their club colors. It was a sea of red, blue and green all throughout the dinning hall. You could tell they were ready to go and all pumped up for Sockwars later. (I told ya last night how seriously these girls take their club spirit!!).

After we finished dinner, each club headed out to their area of camp and hid their club flag and all their campers armed with as many stuffed socks as they could cary.

Once we rang the bell, everyone started on they mission to discover and return the other club’s flag and to do it without being hit by a stuffed sock that was thrown by another club member. Now this may seem easy but let me tell ya, those girls put up a wall of wool when a camper from another club got close to their own flag. there were socks flying all through the air with several attempts of a group charge that all pretty much went eh same way. Someone would be standing in the back of the group trying to encourage everyone in front of them to make a courageous charge into the barrage of socks that was awaiting them. Almost everyone of them went something like “on three everyone charge, 1……2……..3!!!………..” and no one took the bait to start the charge but everyone was willing to stay back to make sure whoever was kind enough to count for the group was protected by a mass of campers. So then it went to areal bombardment as both lines of campers that that weren’t foolish enough to blindly charge into each other stood feet apart and hurled sock after sock after sock into the crowd of campers dressed in opposite colors. Even though we never had that massive overrun of campers, there was still plenty of action as they all danced around to avoid the rain of socks that was falling continuously from the sky.

In the end and after all the socks were thrown time and time again, the final results were………….. (you hear that little drum roll in your head yet?)…………. Troopers 3rd, Rangers 2nd and the mighty Mounties 1st!! Way to go girls, you all did well. Now go back to your cabins and ice down your elbows from the 100+ fastball pitches you threw tonight!!

They’ll have tome to let their arms and legs rest tomorrow night as we host our very own Talent show here at camp. We’ll all gather in the gym and watch as each camper that has their act performs on the stage in front of everyone. Personally, I’d rather face a barrage of socks head first with my ankles tied together by poison ivy than have to get up on the stage and sing or dance in front of everyone. It seems much easier to do that than be on stage. To me, that really takes grit and your campers are sure full of it cause I’ve already heard we have a long list of campers and its going to be a great show. I’m sure that Simon guy or Blake Shelton will try to get in to get a sneak peak of your talented campers but I don’t think they’ll be able too. They’ll have to wait on the pics and video just like the rest of us!!

We’ll be back tomorrow with all this epics rom the day and talent night so be sure to check back in and see for yourself how it all turns out!

Well, I’m gonna wrap it all up and go catch some sleep myself so I’ll have the energy to (try) and keep up with all your campers tomorrow. You guys playing along at home be sure to do the same so you don’t get too sleepy yourself. You can’t say I didn’t warn ya if you do end up that way!